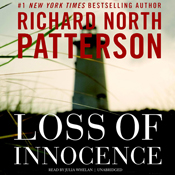 From acclaimed author Richard North Patterson comes a sweeping family drama of dark secrets and individual awakenings, set against the backdrop of the tumultuous summer of 1968. America is in a state of turbulence, engulfed in civil unrest and uncertainty. Yet for Whitney Dane - spending the summer of her twenty-second year on Martha's Vineyard - life could not be safer, nor the future more certain. Educated at Wheaton, soon to be married, and the youngest daughter of the all-American Dane family, Whitney has everything she has ever wanted and is everything her all-powerful and doting father, Charles Dane, wants her to be. But the Vineyard's still waters are disturbed by the appearance of Benjamin Blaine. An underprivileged yet fiercely ambitious and charismatic figure, he is a force of nature neither Whitney nor her family could have prepared for. As Ben's presence begins to awaken independence within Whitney, it also brings deep-rooted family tensions to a dangerous head. And soon Whitney's set-in-stone future becomes far from satisfactory and her picture-perfect family far from pretty.

Loss of Innocence is available in a downloadable version that can be played on iPods, iPhones, iPads, Droid phones, Blackberry's and numerous other types of devices.

This performance of Loss of Innocence is longer than average at 621 minutes long.

Loss of Innocence costs more than the average. This version costs $20.97 and that is 16% more than average.

Richard North Patterson's audiobooks are rated by listeners at 65 out of a possible 100 points and that about 12% worse than the average rating.

The average audio book written by Richard North Patterson is 656 minutes long. That makes this author's books about 85% longer than the average length.

Richard North Patterson's audio books are priced at an average of $26.13. That makes them about 45% more expensive than the average price.

AudioGO's average audiobook costs $17.65 and that makes this publisher's books about 2% less than the average price.