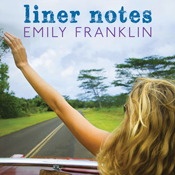 Side A: Laney's Going Solo Laney has just finished graduate school in California and sees her cross-country drive as the perfect chance to reflect on the past before facing her future back East. With 3,000 miles ahead of her and a box of mix tapes as her only companion, she envisions a trip spent reminiscing; whether it's her first camp kisses, high school parties and crushes, or college loves and losses, Laney's most treasured memories - good and bad - are all just a song away. Side B: A Change of Tune Laney's mother, in town for graduation, thinks a mother-daughter road trip sounds like much more fun than going it alone - and Laney can hardly refuse. Soon, she's giving her mother a crash course not only in pop music of the '70s and '80s but also in her own life... for somehow Mom doesn't know her daughter as well as she'd like to. Together, as America whizzes by, Laney and her mother are turning up the volume of their relationship... and learning that there's nothing more revealing than the soundtrack of our lives.

Liner Notes is available in a downloadable version that can be played on iPods, iPhones, iPads, Droid phones, Blackberry's and numerous other types of devices.

This performance of Liner Notes is longer than average at 649 minutes long.

Liner Notes costs more than the average. This version costs $24.95 and that is 39% more than average.

Emily Franklin's audiobooks are rated by listeners at 11 out of a possible 100 points and that about 86% worse than the average rating.

The average audio book written by Emily Franklin is 437 minutes long. That makes this author's books about 23% longer than the average length.

Emily Franklin's audio books are priced at an average of $20.22. That makes them about 12% more expensive than the average price.

Audible, Inc. prices their narrated books at a premium. Their books are priced 15% higher than the average price.