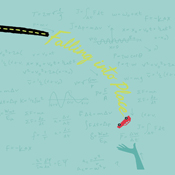 Inertia, force, mass, gravity, velocity, acceleration...cause and effect. Liz Emerson doesn't understand any of it. But I do. I understand how we fall. Where we fall. Why we fall. I understand her sadness and loneliness and silence, her shattered heart. It doesn't have to be this way, does it? It wasn't always this way, was it? Stay alive, Liz Emerson, stay alive.

Falling into Place is available in a downloadable version that can be played on iPods, iPhones, iPads, Droid phones, Blackberry's and numerous other types of devices.

This reading of Falling into Place is shorter than average. It is 322 minutes long. This makes the listening experience about 100% shorter than normal.

Falling into Place costs more than the average. This version costs $27.99 and that is 56% more than average.

Amy Zhang's audiobooks are rated by listeners at 0 out of a possible 100 points and that about 100% worse than the average rating.

Amy Zhang's average book is 322 minutes long and that makes this author's books about 9% shorter than the average length.

Amy Zhang's audio books are priced at an average of $27.99. That makes them about 56% more expensive than the average price.

Harper Audio prices their narrated books at a premium. Their books are priced 20% higher than the average price.